I have the best job in the world …helping others to get their dream job!

I coach individuals and groups to prepare for job and university interviews by helping you to unlock your confidence, secure an impact and then practise what you’ll say.

I have over 25 years experience of interviewing and recruitment for posts within the public, private and charity sectors.

I have worked with teenagers, University undergraduates – right through to the ‘over 50 and 60s’.

It’s also my privilege to help people transition as smoothly as possible to new jobs through outplacement services when people are under threat of redundancy / severance or who have already finished with their previous employer.  This is in the form of online careers coaching and interview skills training which can be on a one to one basis or via a group webinar.

My clients have been successful with job offers or places at University at the following:

I am Civil Service Selection Interview Trained – the “Gold Standard”.

I understand, use and interpret the Civil Service “Success Profiles” regularly for clients (these have now replaced the previous Civil Service Competency Framework)

I won a national “Investors in People” award for my staff recruitment processes and for coaching colleagues to be successful at internal promotions at The Countryside Agency.

“Guardian Careers” Expert Contributor to Live Webchats – please see the links to these on the home page.

Member of the University of Wolverhampton’s Screen School Advisory Board

I coach over Zoom or FaceTime or the telephone.

Rachael Heyhoe-Flint Trophy 2020 to date – the 50 over women’s domestic tournament between the 8 newly created Regional Centres of Excellence in England.

Expert Summariser and Ball by Ball Commentator on the online livestreams for “Central Sparks” – the West Midlands team #SparksWillFly  “North West Thunder” – Lancashire, Cheshire & Cumbria region #ThunderIsComing and “Lightning” – East Midlands #LightningStrikes –  from Warwickshire County Ground at Edgbaston, Worcestershire County Ground at New Road, Chester Boughton Hall Cricket Club and Hazelgrave, Loughborough University – some of which were also broadcast over BBC Radio Lancashire.  The match livestreams have attracted thousands of viewers from all over the world (and were held behind closed doors in 2020.)

ECB Women’s Softball Cricket Festivals – Leamington and Berkswell – Summer 2017 – Assistant Organiser.  The events were part of an ECB legacy project for the ICC Women’s Cricket World Cup being held in England that summer.

Women’s Ashes Test Match – August 2013 – I was appointed by the England & Wales Cricket Board as the Match Manager for the first and last days of the one and only Women’s Test Match at Wormsley.  This was the curtain raiser for the Ashes Series which also included One Day Internationals and T20s.  England won the series with a great team effort led by their then Captain – Charlotte Edwards – a brilliant role model for any young sportswoman.

Pakistan v Ireland Women – July 2013 – I was the ICC Match Manager for 2 x T20s and a One Day International.

During summer 2011 I was the New Zealand Women’s Cricket Team (“The White Ferns”) Tour Liaison Officer for their 3 weeks playing in the Quadrangular Series against England, Australia and India – working for   the ECB.  See below.

I have also Venue Managed for them at County T20 Events and at the Women’s Indoor National Knock Out Competition.

I played 14 years county cricket for Somerset and Derbyshire.

2015 ISPS Handa Ladies European Masters at The Buckinghamshire – was in charge of the radio control to the on course scorers to update the media, website and main scoreboard in the tented village.

I umpired to Junior International level.

Cricket – Case Study – What I did just before starting this business…

I can still smell those bags of dirty washing as they ‘steamed’ in the boiling hot cab of the transit I was driving in the summer heat of 2011…  How did I get here?

The pungent odour was the New Zealand Women’s cricket team kit. And I was their Tour Liaison Manager for 3 weeks on behalf of the England & Wales Cricket Board (ECB) – after a suggestion by my “other half” to take the work while I formulated exactly what my business model would be for the Job Interview Coaching.

If I’d made a list of why I thought I could do this it might’ve been something like this: I’m good at project managing and persuading people to do things.  I played county cricket for 14 years and umpired hockey to international standard. I love sport enough to do a degree and postgrad diploma in Recreation Management… So, why wouldn’t I want to spend 24/7 “on call” to ensure things ran smoothly for the “White Ferns” while playing in the Quadrangular series against England, Australia and India?

I’d been told it would be long days, and involve driving a van full of cricket kit, water bottles and a ‘ginormous’ cool box around the country.  And that, whilst there would be the glamour of televised games and some free New Zealand kit, the most important task would be …ensuring the washing was done on time!

It makes sense.  You’re living out of a kit bag.  You’re getting through ‘warm up’ and playing kit at an amazing pace – and there’s only so many spare shirts, trousers, shorts etc the baggage allowance and your aforementioned ‘kit bag’ can hold.

Along the way… I nearly blew out the clutch pulling a particularly heavy vanload of kit up a steep hill in Bristol.  I had a plastic surgeon on standby to stitch a clean but gaping hole in the Kiwi Captain’s knee after she’d ‘spiked’ herself.  But more importantly I managed to avoid sitting in a launderette doing the washing myself – as my colleagues working with the other teams had done – by planning ahead, as we zigzagged across the country in our matching transit vans.

I loved the experience.  The “White Ferns” were brilliant to work with.  The job reminding me that I’m organized, I can adapt quickly and I have a canny knack of persuading folks to give me ‘stuff’ or to ‘acquire’ what the team needed.  Bearing in mind their requests varied from needing chocolate to …a spare set of stumps, a trip to A&E, contact lenses, vitamin C tablets… and the list goes on.

So my pre-business start up “cricket career” was really a fortunate ‘chance’ opportunity.  Although it reassured me that I could be useful in a role supporting and encouraging others to perform at their best.  Not able to do what they do, at the level they do it, but feeling a ‘high’ from knowing that I’d got the washing done in time for them to pull on clean kit to face England under the full glare of the Sky TV cameras. 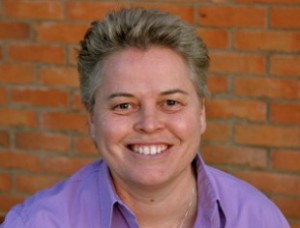 Whenever possible, say "I" not "we"